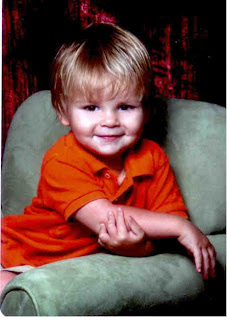 Usually my posts are about Ella and her crazy ways/drawings/sayings. Jude has started to come into his own in recent months. He has always been our singer and lover but he has started to get a little wild and the things he comes up with are pretty good. First, a few weeks ago his teacher said instead of nap he decided to strip down to his underwear while all of his friends were napping and put on full dinosaur costume. They said they heard him (couldn't see down in dark part of room) and went to get him so he would not wake up anyone. He was hiding under his cot and then when he emerged up the steps he was a dinosaur. He has been nicknamed "Dino Man" since. As I do hate to gross anyone out, I will tell this anyway... He has also become obsessed with his poop. He likes to look at it and tell us what it is. He has pooped a "BIG hot dog" and "carrots". It is disgusting but oddly enough, funny even as a grown up (and I used that term loosely). The last thing for now is that he has begun using the phrase "I do, but I don't". Example - "I do love ice cream, but I don't". This is used for everything. I guess this is the indecisive 2 year old coming out.

I'm going to start using that, "I do want to run today, but I don't". ha My 5k was supposed to be Sat., but since my hubby can't be there, we're waiting until later in the summer. I want him to be there for my first one! Hope you are feeling good. I voted girl! (Girls are all I know.)

Jude is so funny! Thanks for sharing the stories.

HA! I'm so glad that you are writing down these stories about the kids! I only wish that we had started this when Ella was younger. She had some doozies!

HA! I'm so glad that you are writing down these stories about the kids! I only wish that we had started this when Ella was younger. She had some doozies!

That story does not suprise me after last night. I do love the pic though!

Aren't all men obsessed about their poop. I do believe Derek has a picture of one of his great achievments on his camera phone! I know weird right?